Thousands of kilometers of trails, six countries and a ton of bike action – thanks to the GraVity Card, the season pass of Europe’s unique bike park union, riders can make the most of the bike season. Ideal for those who don’t want to be confined to just one place, it only takes a few days of park riding for the card to pay off. Katrin (27), Jan (26), Anna (31) and Theresa (28) and Matthias (30) are five of the thousands of users of the ‘bike park flat rate’. We caught up with them to talk about their favorite spots, the best trails and lost keys …and in case anyone is after a unique Christmas present: Order the GraVity Card 2018 online (Adults 455 Euro, Teenagers 345 Euro, Children 215 Euro) and take your next season to another level. Next year, the card is worth more than ever with two new bike parks, 3 Länder Enduro Trails (ITA) and Bikepark Innsbruck (AUT) are joining the family. 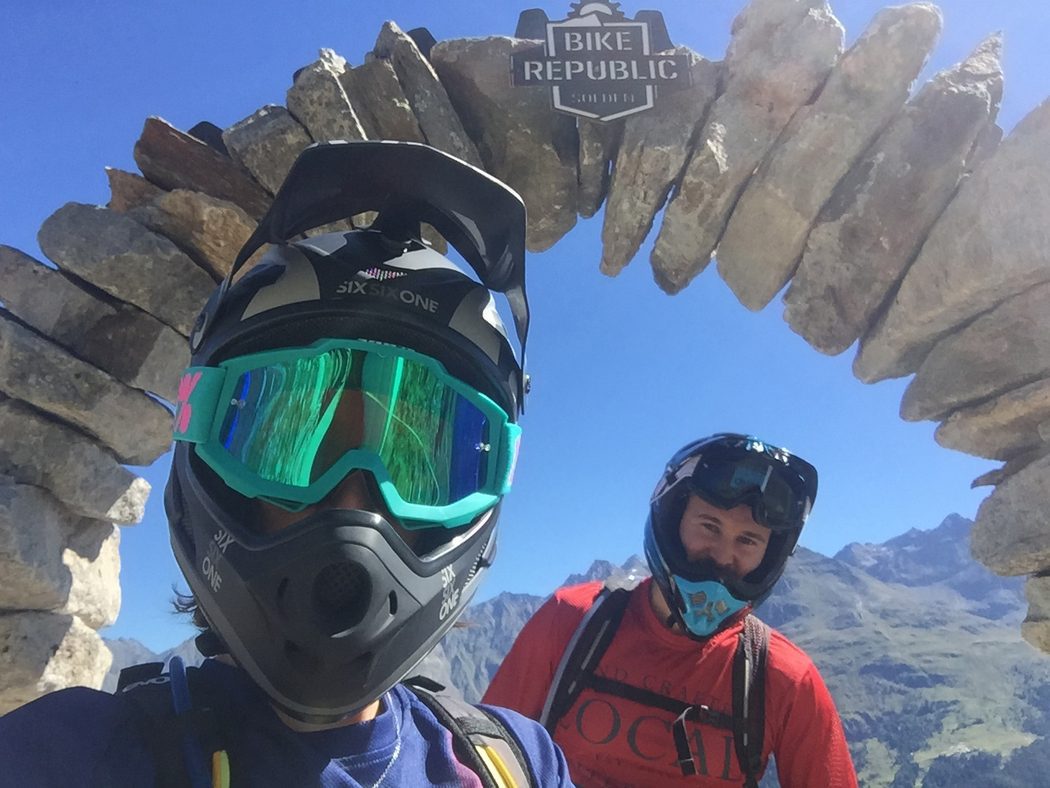 Theresa and Matthias at Sölden

The GraVity Card covered 16 bike parks across Europe last season. How many parks and which countries did you manage to visit? How many days did you spend in the bike park?

Katrin: Unfortunately, I only managed to visit five – I know, I am disappointed in myself (laughs). I used the GraVity Card only in Austrian parks and on 15 or 16 days in total.

Jan: I live in the North East of Germany, so I only had the chance to use it during holidays. I still manged to hit four bike parks, but there is definitely room for improvement and I’ll be back next year. I think I will check out the bike parks Krvavec and Kranjska Gora in Slovenia or Spicak in Czech Republic in 2018. I spent my summer holiday with a bike-crazy colleague of mine. We packed the bikes and headed to Austria, combining our holiday with a bike park tour. It was amazing to hit a different park every day and we learned a lot.

Anna: I managed to visit a quarter of the GraVity Card bike parks: Lenzerheide, Serfaus-Fiss-Ladis, Brandnertal and Sölden. Overall, I spent six days on the bike in Switzerland and Austria. Next year, I definitely want to head to Slovenia and get to know the parks there. The landscape there is supposed to be stunning as well.

Theresa and Matthias: Unfortunately, we only managed to hit five parks. We spent two weeks with an RV in September and wanted to visit a lot more, but the weather wasn’t very kind to us. We put the card to good use with a few short trips to Saalbach and Sölden beforehand – in total we probably spent 15 days in the bike parks. 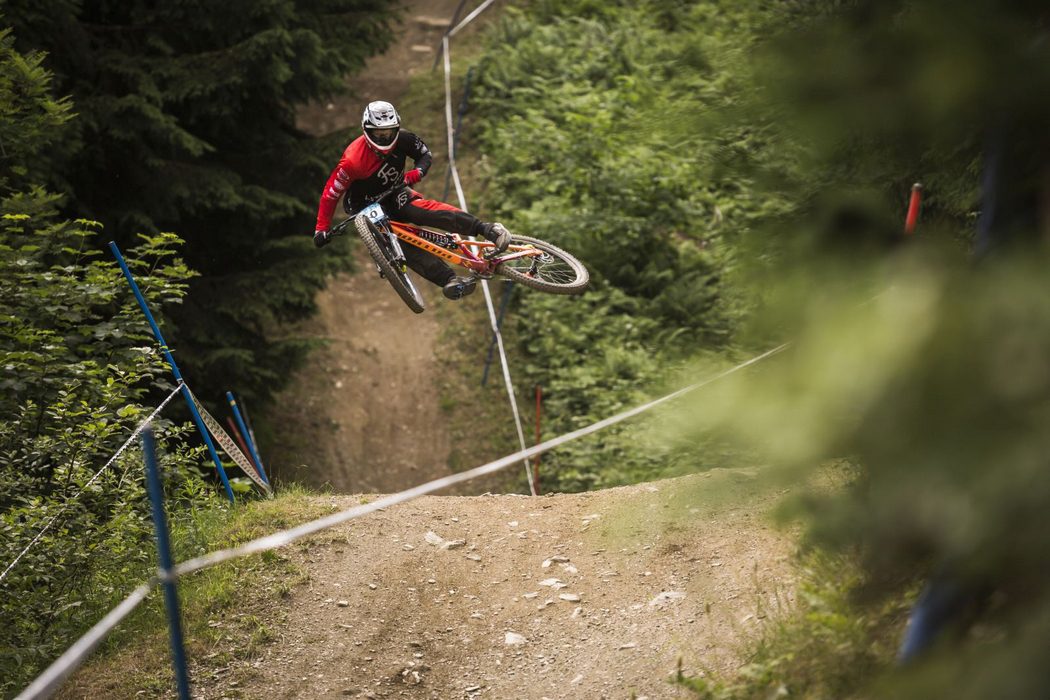 How were the trails and the dirt? Is there a difference between the various countries?

Katrin: I haven’t seen enough to really answer the question. Every location has its challenges, though, so it’s always worth a trip.

Jan: The trails in the parks we visited were very well maintained. Depending on the trail, they were either really flowy or technically challenging; the parks really do invest a lot. I also found out that I am more of a jumper, something I’d never thought I would be. My colleague on the other hand destroyed the technical trails with insane speed.

Anna: The ground in Lenzerheide is more natural, somewhat rougher. Serfaus-Fiss-Ladis on the other hand has a lot more compacted gravel sand on the trails. The most beautiful and varied trails are in Sölden. Instead of just always pointing straight down, the trails there cross the face of the mountain. Sölden is also one of the few regions that practices ‘sustainable’ trail building.

Theresa and Matthias: The differences between Austria and Switzerland are not too big. Generally speaking, there is a difference between most regions though. Lenzerheide has a ‘pure’ park; Sölden has more of a mix between nature and park. The trails in Saalbach are a mix between the two and Serfaus-Fiss-Ladis features perfectly shaped lines with kickers, tables etc. but not many roots or stones (unless you hit the downhill trails). 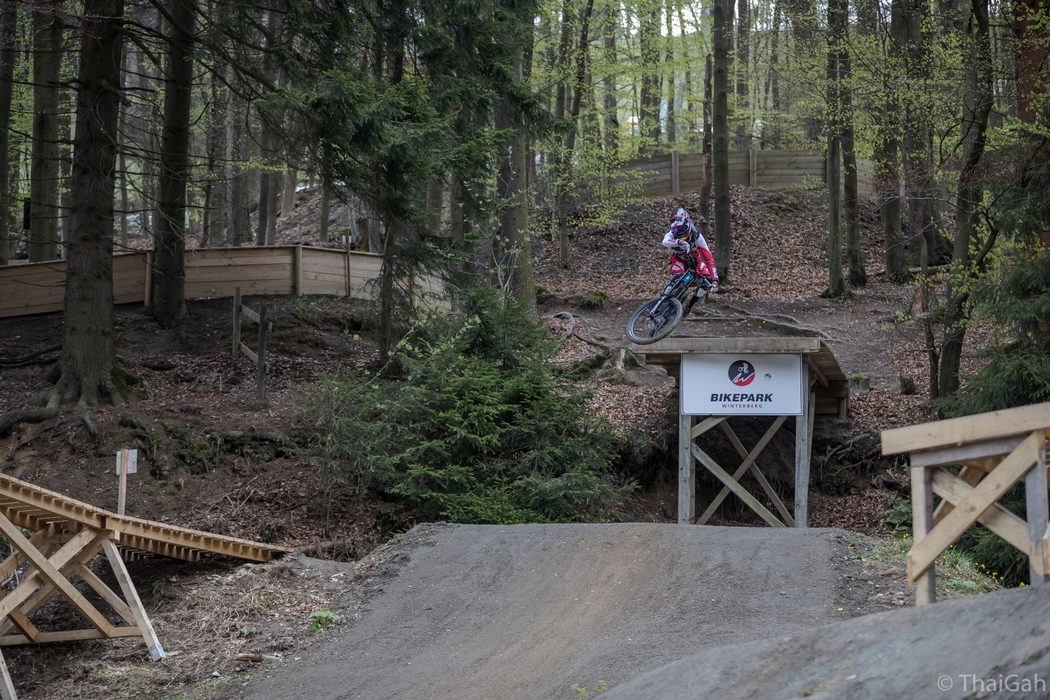 What do you think are the advantages of the “flat rate ticket”?

Katrin: You don’t have to calculate which ticket will work out best; you just go and ride your bike. It’s also nice to head straight up instead of having to queue at the ticket counter.

Jan: The ticket is definitely worth it, even if you don’t manage to ride every weekend. It’s super easy to use in the parks and you can just ride on instead of having to calculate how many runs you have left like you do with a 10-run ticket or something like that.

Anna: The GraVity Card motivated me to go on many mini-holidays. It’s also a great chance to explore and get to know different regions.

Theresa and Matthias: The savings of course! It only takes a few days until the ticket starts paying off. I also enjoy the freedom of riding as much as I want to, no matter for how long. You can easily just ride for half a day without feeling guilty for spending too much and you’re really flexible in general. 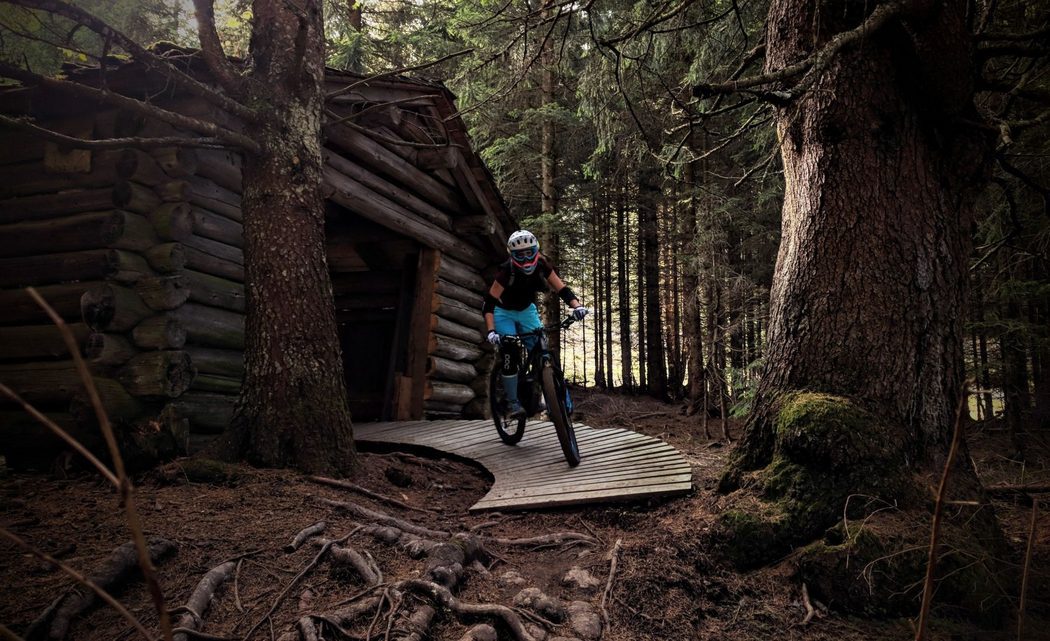 Flow or Downhill – Why and where?

Katrin: Flow, because it’s difficult to describe the awesome feeling of railing the berms of the ‘Teäre Line’ in Sölden.

Jan: Although I enjoy both a lot, I prefer flow trails to the downhill tracks, just because they are fun and easy to ride. You need a lot more focus and concentration to ride downhill. If I just want to go for a chilled ride, flow trails are perfect.

Anna: I enjoy both: railing berms on a flow trail with the right technique is amazing, downhill on the other hand is great mental training. Finding the right line and conquering rock gardens – simply amazing.

Theresa and Matthias: The best is a mix of both. We do enjoy a flowy trail but for us a good trail has to have a certain technical element to it. That’s why we fell in love with Sölden. The shaped lines have tons of flow but also feature technical elements. If you like it rougher, some of the various natural trails are quite a challenge. 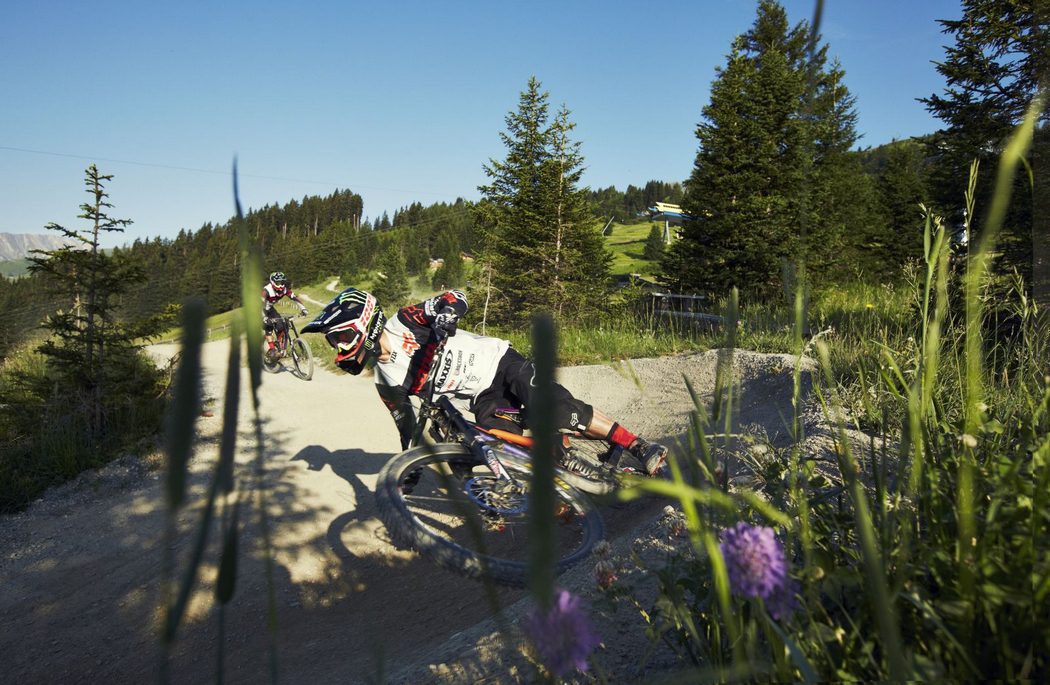 Which trails did you enjoy most?

Katrin: Definitely, Sölden! I can’t wait to head back there next year and try the new trails.

Jan: A lot of the trails are really impressive. I am, however, most proud of conquering the ‘Speedster’ in Leogang, even if the last few sections took me ages because my brake pads decided to quit their job.

Anna: My favorite bike park is Bikepark Brandnertal. I can’t ride the ‘Tschäck the Ripper’ trail often enough. My insider tip for a quick downhill thrill is ‘Tschacklin’. The chair-lift ride is super relaxing and has a great view of the ‘Zimba’ trail. I also really like the relaxed atmosphere and the music choice at the top of the lift. It’s also easy to reach for me as part of a day trip. We recharged our batteries in the restaurants ‘Fuchsbau’ and ‘Einhorn’. The ‘Fuchsbau’ has amazing food and a very friendly, chilled atmosphere. The ‘Einhorn’ has great burgers, beer and a view of the drop battery from the terrace.

Theresa and Matthias: The ‘Ohn Line’ in Sölden – super flowy with great berms and wallrides but also some technical sections. Of course, the Hacklberg trail in Saalbach is also always worth a trip. 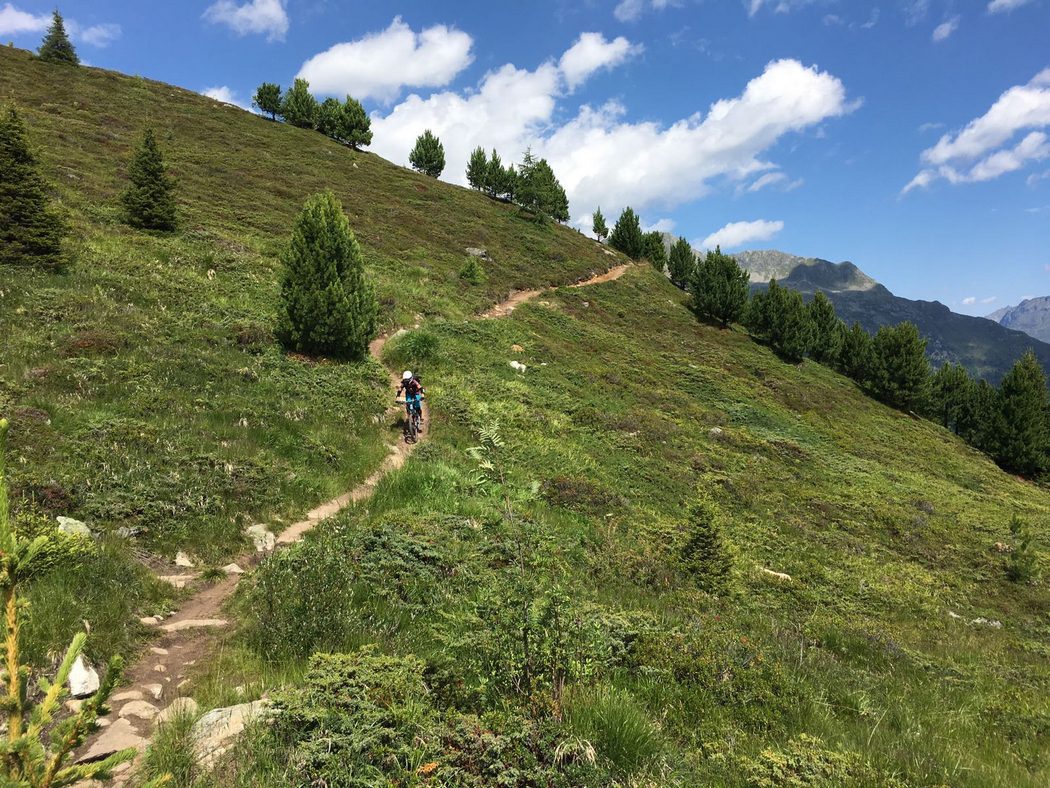 Did you go on a road trip to explore the various bike parks? How did you make use of your season ticket?

Katrin: I’ve extended pretty much every weekend with a holiday or compensation time. Four days on the bike and three days at work – I can only recommend that rhythm to everybody.

Jan: My friend and I visited a bunch of bike parks on our Austrian road trip. Other than that, we mostly went to Winterberg in Germany, as that one was closest to us.

Anna: I didn’t go on a road trip, but mostly short bike holidays on weekends. I was really surprised that we were able to get a place as nice as ‘Haus Saskia’, a little family-run pension in Sölden, so spontaneously. It was super nice and chilled, especially for such little money.

Theresa and Matthias: We went on a holiday in July and visited Sölden and Saalbach. Originally, we planned on going on holiday in Asia, but after we won the GraVity Card, we knew we had to go on a road trip with an RV and make full use of the card. We actually wanted to travel to more bike parks, but we got unlucky with the weather in the mountains, so we travelled further south and then headed back North into the Alps for a week. It was more than worth it, such a great holiday. Thank you for that! 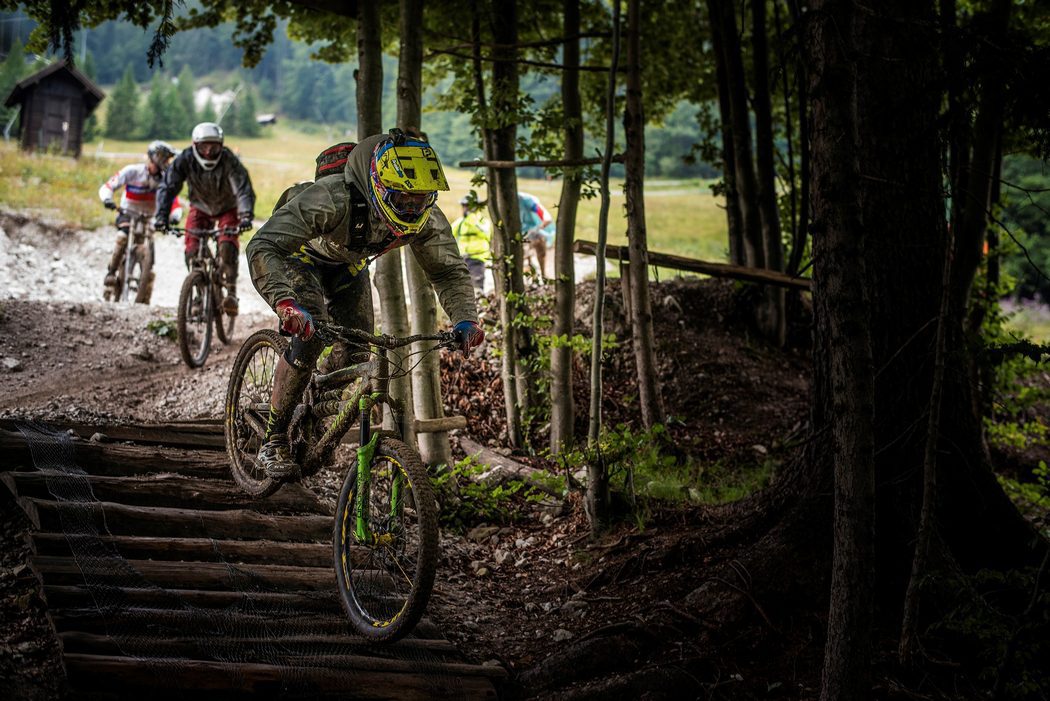 What’s the best story you brought with you from the season?

Katrin: I’ve experienced, learned and laughed so much! Just throwing the bike in the back of my VW bus and enjoying the sunshine while riding with friends – that’s what ultimate freedom is for me.

Jan: I met two boys in Winterberg, they were maybe 13 or so. They weren’t just kind enough to show me the trails but they could ride better than I could have imagined. Great job, guys, keep at it!

Anna: I didn’t think I could ever make it down a trail until a super nice guide taught me how to properly ride on my first day.

Theresa and Matthias: We lost the key to our RV in Lenzerheide – 600km away from home! We spent two hours walking the trail on foot, desperately trying to find our key, which dampened the mood quite a bit. It worked out fine in the end, though. An attentive rider found our key and returned it to the ticket counter. We were ecstatic to be able to relax in the warm RV in the evening. Lessons learned: Never ride with an open backpack and walking down a trail is more dangerous than riding it! Huge thanks to the anonymous biker who found our key.

Thank you for talking to us, we hope you have a great off-season! 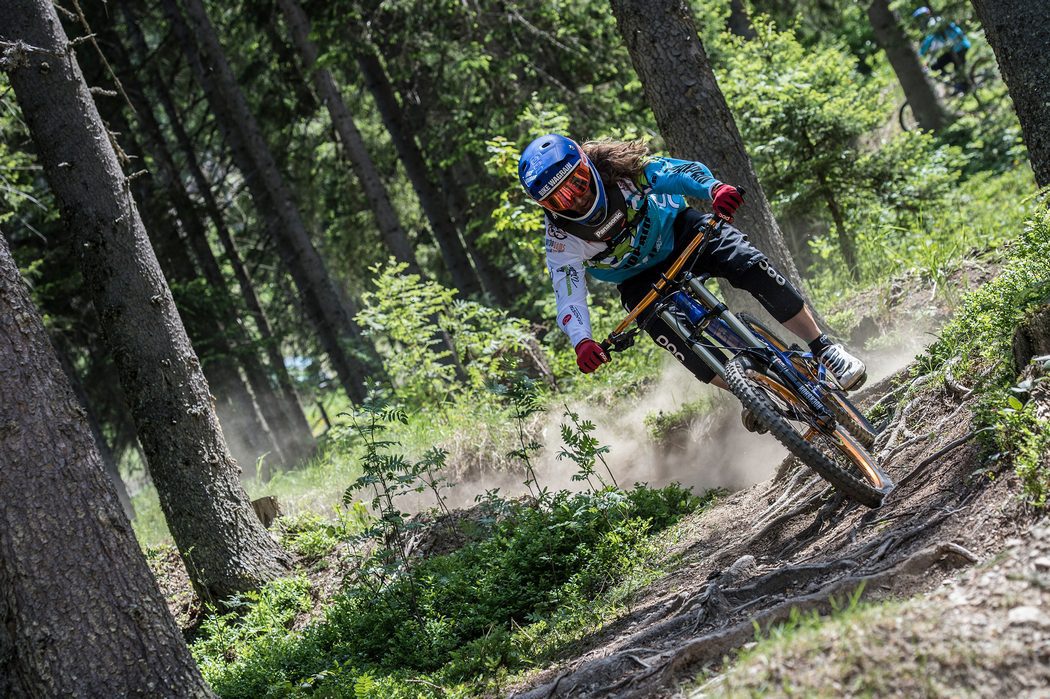