Yet another round of the Bluegrass Enduro Tour which will go down in history! En epic day was had by riders competing in Glencoe during the second round of the 2014 circuit and, to top the event off, the third and final special timed stage was a mass start on snow! 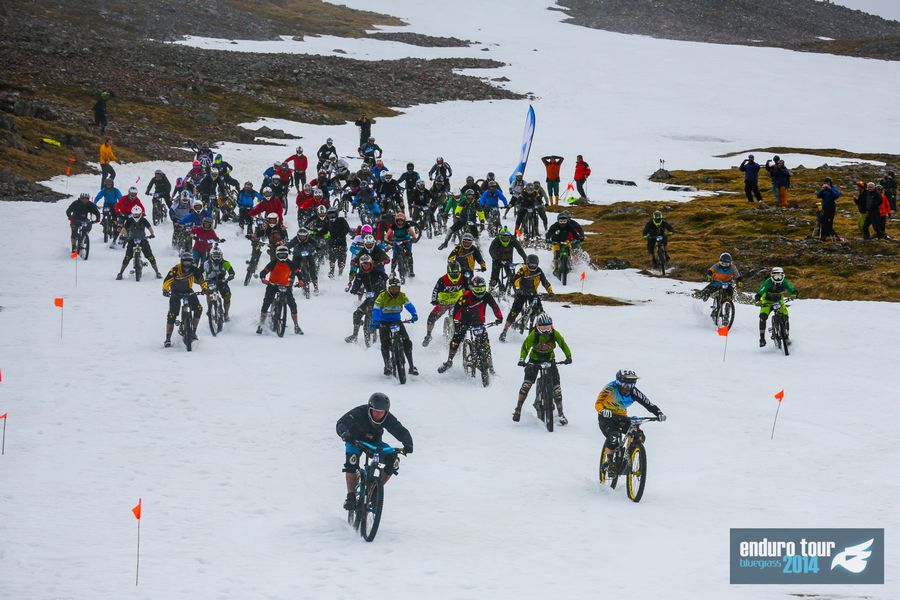 The Scots were there of course, but so were the Finns and the French. Among the favourites, the Dudes of Hazzard trio Joe Barnes, Liam Moynihan and Fergus Lamb had got together for the event. Women’s favourite, Hannah Barnes just popped over from Fort William.

Fortune (and sunshine) smiles on those who dare….

A light mist welcomed the competitors as they arrived at the chairlifts of Glencoe mountain resort this Sunday morning, but once at the top the sky cleared and the first riders cycled the liaison to Special n°1 under blue skies. Acting as backdrop to the first single track stood the spectacular Buachaille Etive Mòr. 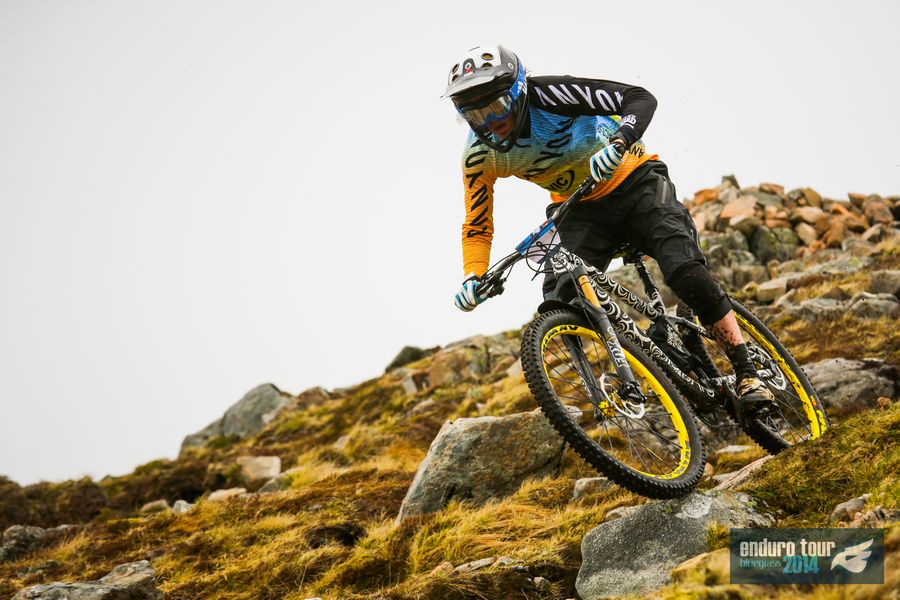 After a short ride up the crest, a sharp climb tested just how fit the competitors really were before putting them through a succession of technical sections. The victim of a puncture suffered along the very rocky track to the finish line, Fergus Lamb had to give up all hope of final victory.

Special n°2 was also reached by chairlift followed by a liaison. The stage started off through a peat bog which called for an excellent level of fitness to keep up the rhythm. The dive to the finish line, over a very rocky track, put riders and mechanics to the test. This time it was Liam Moyniham who finished on his rim. 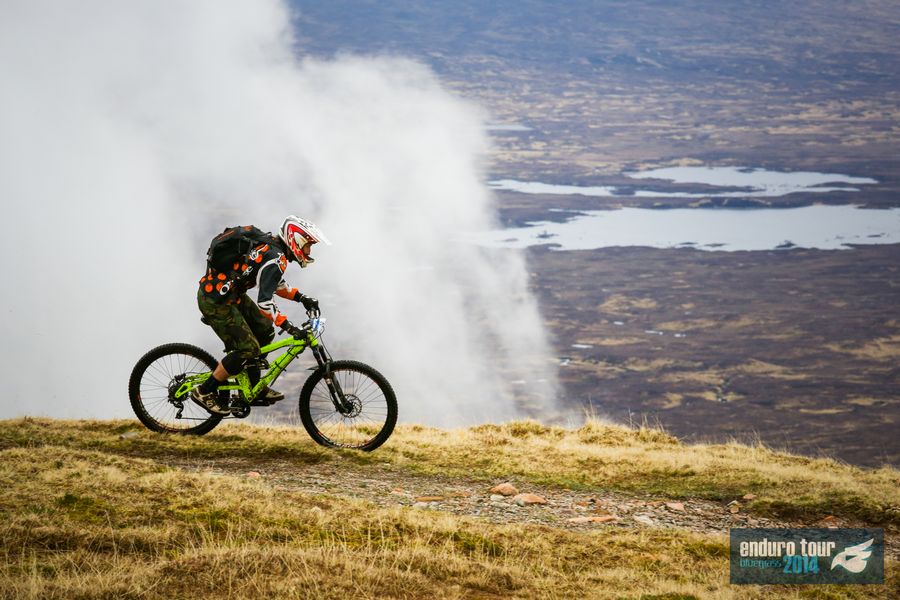 Special n°3 was the highlight of the day. Getting to the start line was once again by a succession of chairlifts, then a liaison, and finally carrying bikes through the snow. The riders were lined up for wave starts and finally set off, under the orders of the race director, for the longest timed stage of the day which started with a 500 meter run in the snow. The mass start rivalled even the best that Mégavalanche can offer! 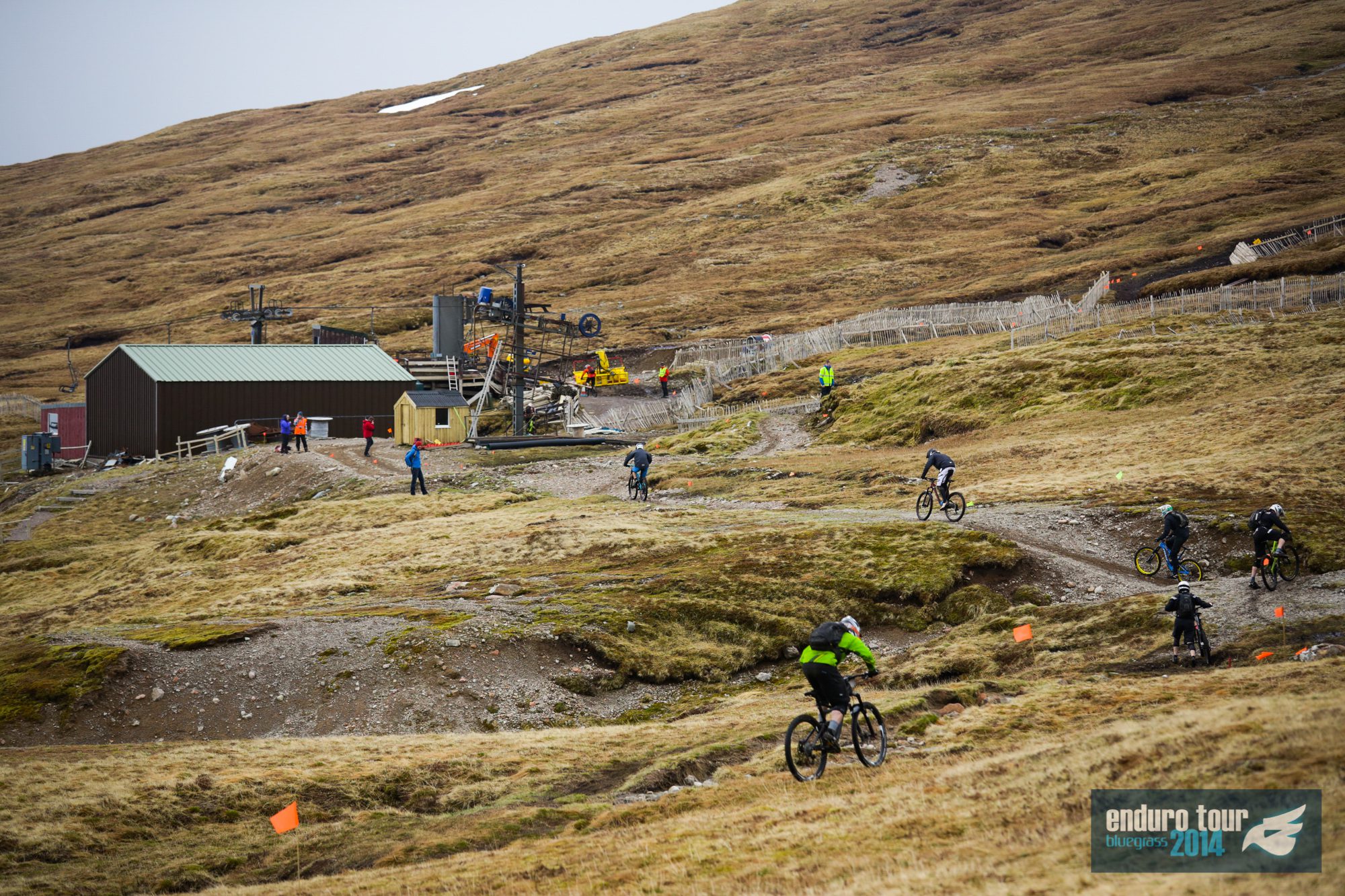