The European enduro crowd confronted each other once again this Sunday at Rombach-le-Franc in Alsace, for the third round of the Bluegrass Enduro Tour 2014. 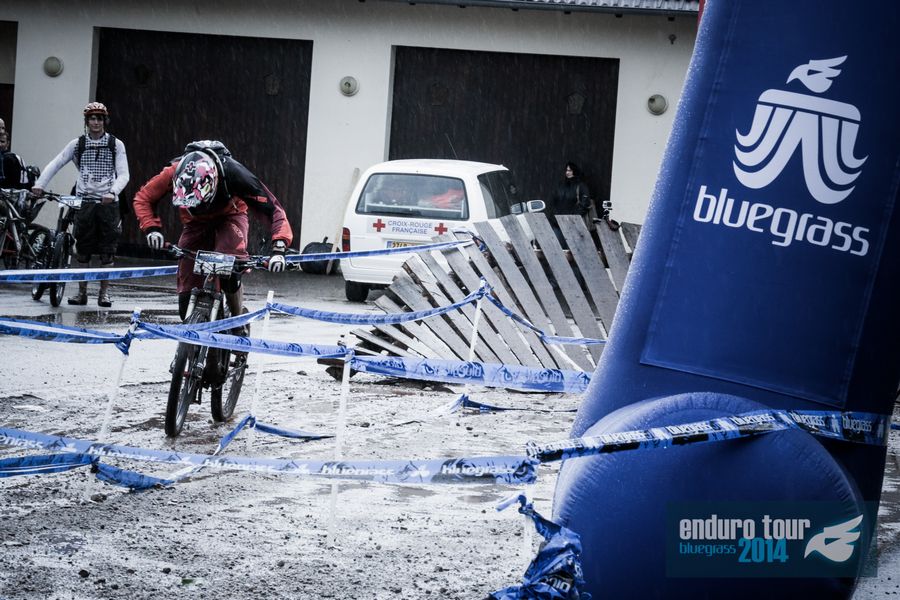 The Scott and BMC teams were out in force.

Rémy Absalon, inspired by his second place at Dabo had his eyes on the top step of the podium. But François Bailly-Maitre from Jura and the Swiss rider Florian Golay had also decided to fight for victory, as had Liam Moynihan from Scotland (Canyon). Among the girls, Claire Hassenfratz was favourite but also had to confront fierce opposition from Switzerland and Germany. The Irish rider, Cait Elliot was the outsider.

In all, more than 400 riders, representing 10 different nationalities, were signed up for 5 timed specials with a total 1200m of ascents and an accumulated descent of more than 1700m. 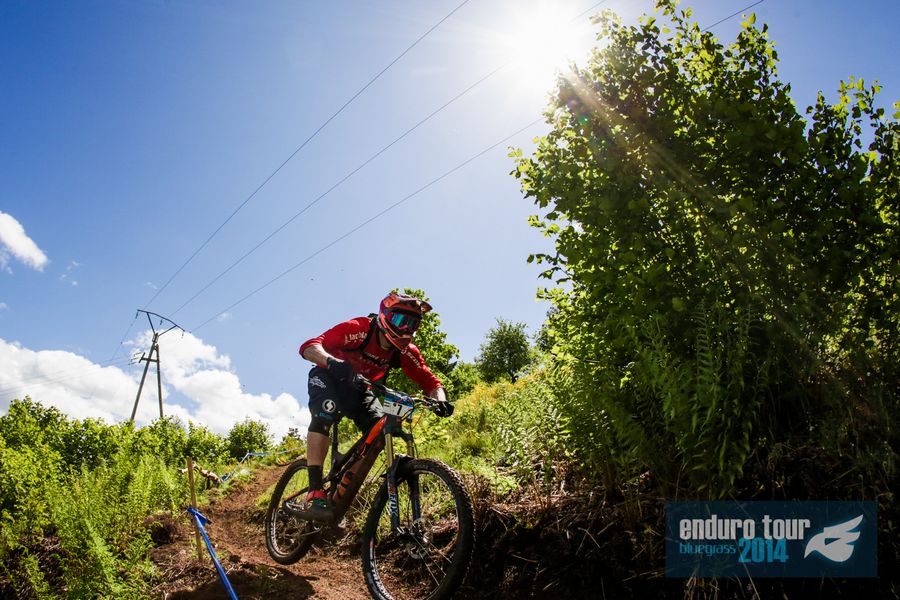 From 8am, the first competitors set off from Rombach’s village square for the first liaison, the longest of the day, which took around 45 minutes riding with a hundred meter on foot. A perfect warm-up!

The first Special cut straight to the chase with a start through rocks then a string of technical bends. The view from the starting line of the Special 2 alone made the trip worthwhile! The Special started along a hairpin track before a faster, smoother stretch which slalomed across soft ground. Special 3 came just before a refuelling pit stop on the village square which was much appreciated by all the riders! It was a welcome break after such an unrelenting battle. Liaison 4 was, just this once, by shuttle. The bikes were loaded on trailers while the riders got on the bus. Special 4 followed part of Special 1 before plunging along a faster, more physically demanding stretch. A fun, single track between hedgerows led to the finish line. Special 5 started with a faster part along slippery ground before a narrower section punctuated with hairpin bends. The final section was on the village square and included a northshore-style structure just for show! 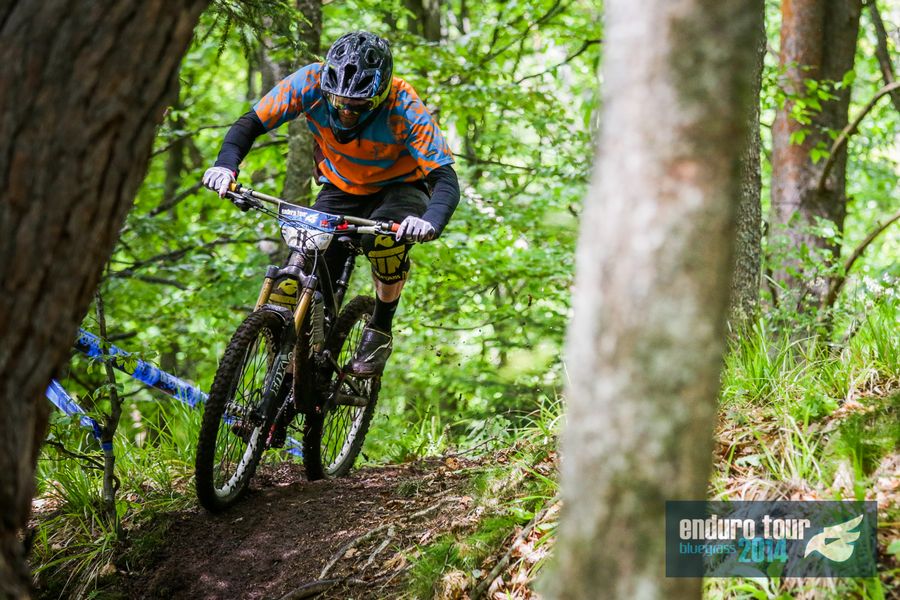 At the end of a battle which had been very close throughout the day, it was finally Rémy Absalon (Scott) who won the men’s with a time of 24’57”, just in front of François Bailly-Maitre (BMC) and Pierre-Charles Georges (Lac Blanc). The women’s podium was truly international, with Hannah Roether, a German from Fribourg in third place, the Swiss rider Manuela Chisten in second place and the French rider Claire Hassenfratz on the top step with a time of 31’37”. The gap between the racing times, in all categories, was tiny and showed the high level of riders taking part. 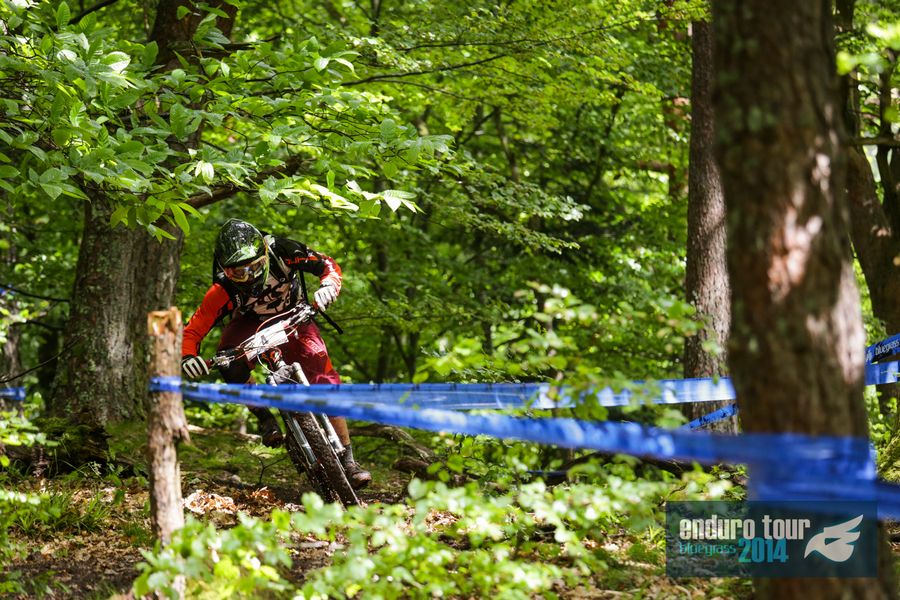 Throughout the day, short rain showers were followed by clear skies. At the finish line, all the competitors had one thing in common – a big smile and a mud-splattered face ;-)

Next meeting will be on the 16th and 17th of August in Dublin for the 4th round of the Bluegrass Enduro Tour 2014. Saturday is reserved for the women’s race and Sunday for the men’s.